The History of Printmaking

The history of Printmaking is global and so the story varies from one location to the next, but it matches up with the following pattern fairly well. The history of the discipline is a little bit like a history of special effects. Each new movement is tied to developments in technology, and all of them “up the ante” over what was possible before.

Here is a great link to a site that shows examples of the all the processes, etc... https://www.metmuseum.org/about-the-met/curatorial-departments/drawings-and-prints/materials-and-techniques/printmaking 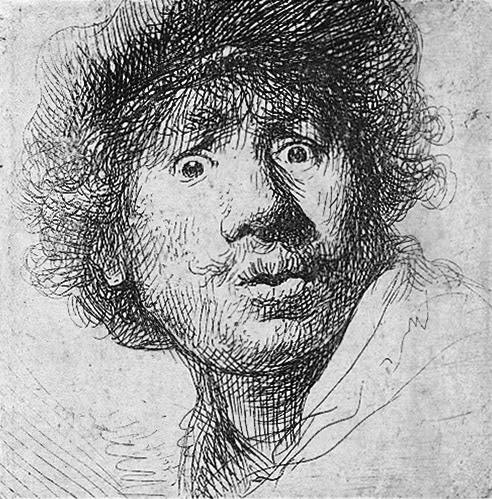 INTAGLIO. Folks were incising designs on metal for a long time, but at some point they decided to offset the designs onto paper using pressure -- and intaglio was born. They usually credit armor makers in Europe with this discovery, but who really knows for sure? This process took longer to print than the old relief process, but it yielded more detailed images and soon became the preferred way to reproduce famous paintings. 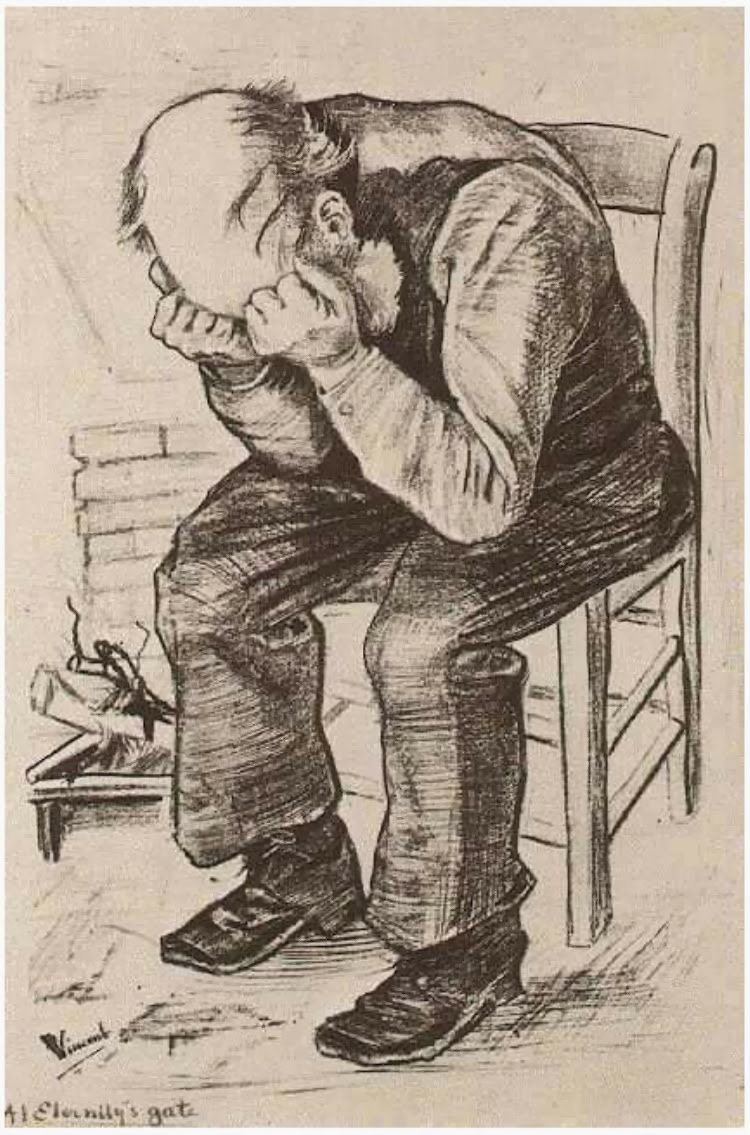 LITHOGRAPHY. A crazy Bavarian German named Senefelder wrote his laundry list on a huge limestone rock, and created lithography. It was much faster to print than Intaglio and it fit perfectly into the industrial revolution. It’s still the dominant method for mass-printing. 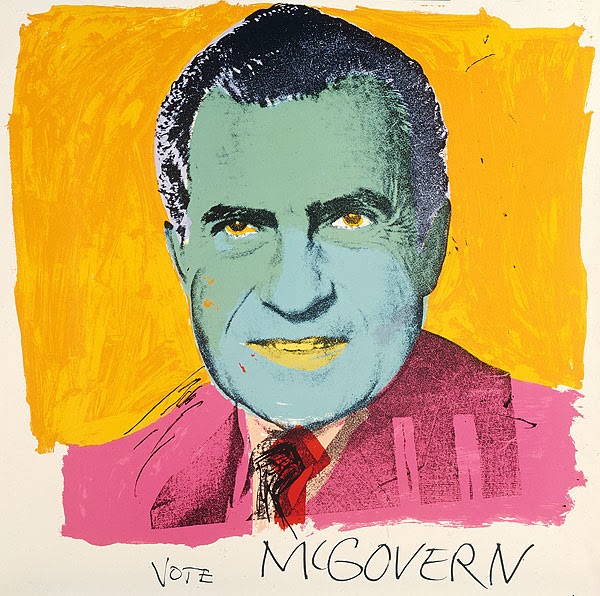 SERIGRAPHY, OR SCREEN PRINTING. It’s possible that the stencil actually pre-dates the stamp as a printmaking process. But in the west the process was only accepted as a legitimate way to make art in the mid twentieth century. 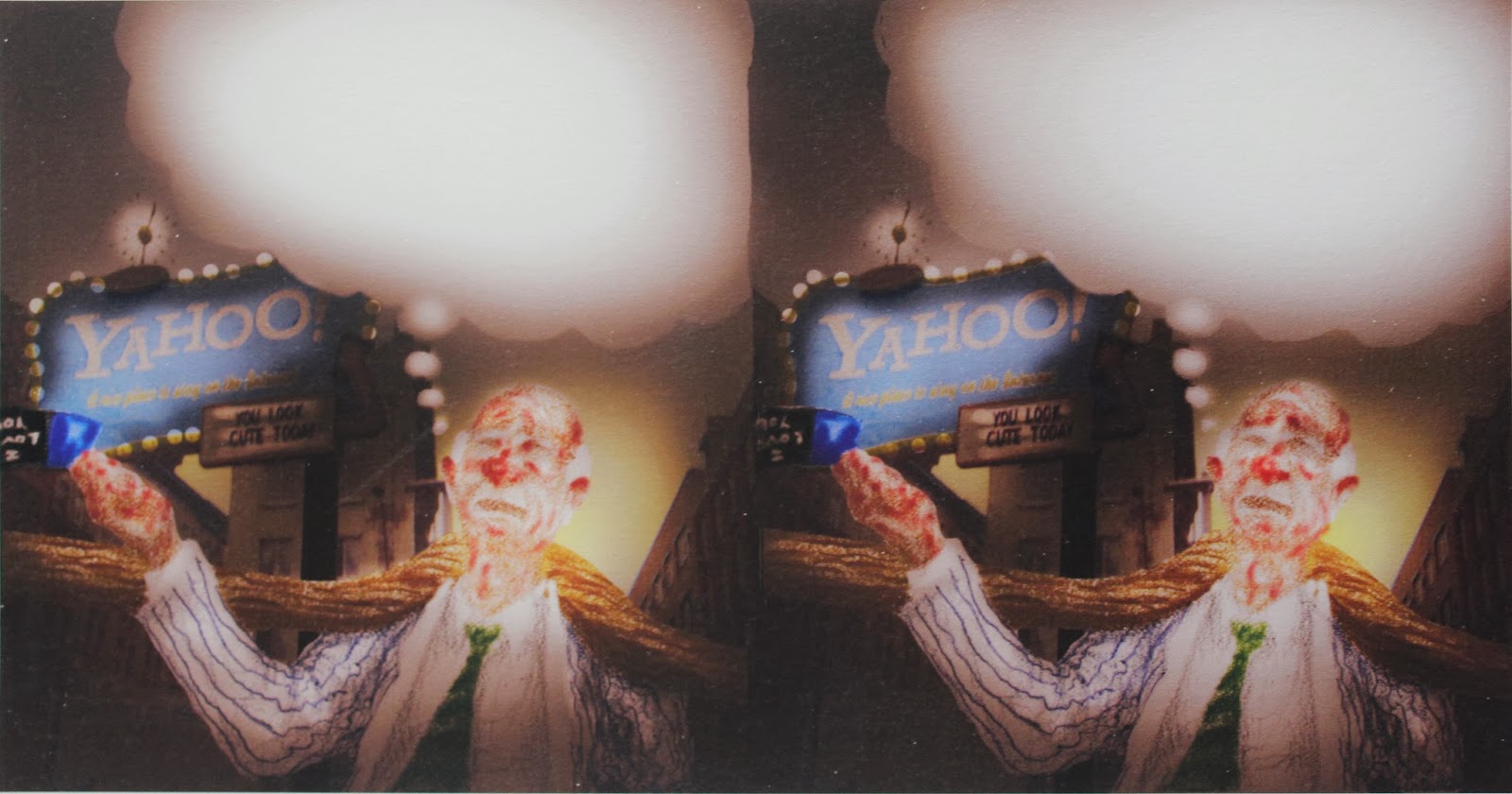 The image above was created using photoshop. It was then printed out on heavy etching paper via an ink-jet printer that utilizes pigment based/water proof/archival, inks. 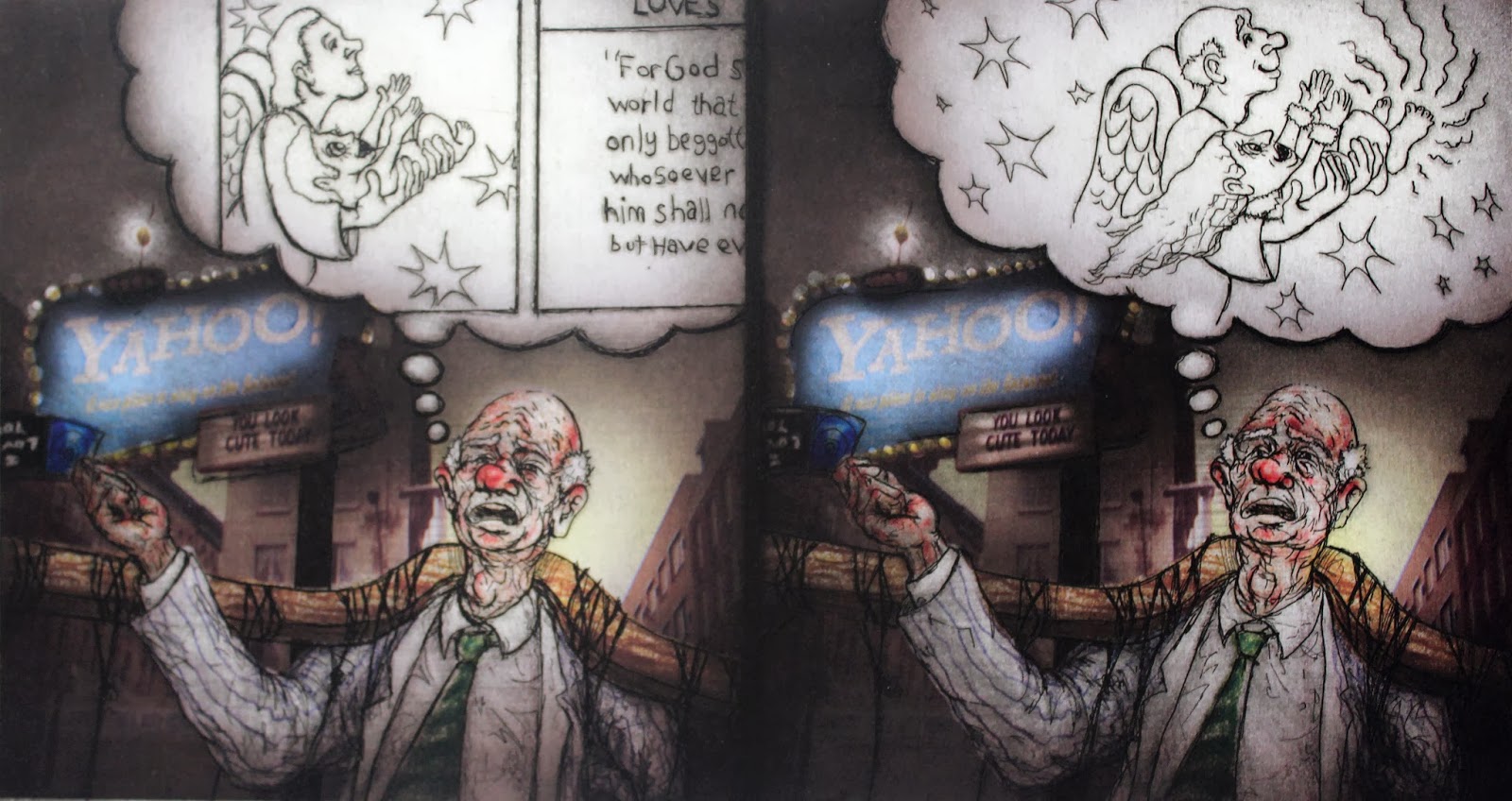 The paper with the digital ink-jet print on it was soaked and a hand made intaglio plate was then printed on top of the digital output.
Kolbo (Digital combined with Intaglio)

DIGITAL PRINTMAKING. Some printmakers still don’t think of digital output as REAL Printmaking. No one really knows if its a good thing or not, but it’s safe to say that it’s here to stay. This era of Printmaking history ushers in what we like to call the “mixed-media” movement. Artists are more excited about using digital output, monoprinting, etching, and hand coloring all at once to create unique impressions than they are in traditional Printmaking.

Today artists can use any form of printing they want to, and they can create limited editions, unique impressions, or mass produced posters. It’s confusing, complex, without rules, and great!
The only thing you can bet on is that printmakers will continue to innovate, adapt, and steal from the commercial world. Join in...
Here are some artists to research under each technique:
Relief:
Hoksai
Posada
John Buck
Mary Farrell
Willie Cole
Barbara Earl Thomas
Intaglio:
Mary Cassat
Rembrandt
Kiki Smith
Goya
Warrinton Colescott
Kara Walker
Lithography:
Daumier
Lautrec
June Wane
Screen Printing:
Andy Warhol
Ben Shahn
Digital Printmaking:
Kevin Haas